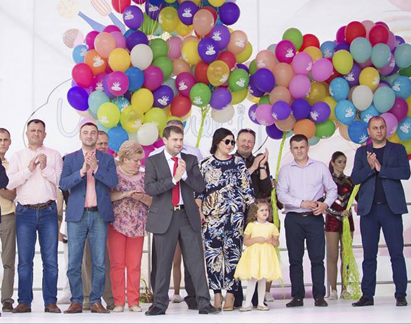 Political Program of the “SHOR” Party

A CHANGE FOR MOLDOVA

The main purpose of the political party led by Ilan Shor is to qualitatively change the social-economic and political situation and to build a STATE of SOCIAL WELL-BEING in the Republic of Moldova.

The state we will build will be, first and foremost, a social state. Fair distribution of wealth, fiscal discipline, social solidarity, regional autonomy, a more active participation of the state in the social and economic spheres - these are the main elements of our policy.

We will create conditions in which the state will actually ensure:

Stable and developed economy - the key condition for building a state of well-being.

Stimulating business, including tax incentives, is an axiom for the state. Entrepreneurship can be developed by easing the strain on the institutions controlling it, while increasing fiscal discipline. Another important direction will be the development of transit transport infrastructure.

Agriculture, food, manufacturing and light industries will continue to be strategic branches of the Moldovan economy. The state will actively protect its farmers, as European countries do. We advocate land consolidation and the organization of modern collective farms.

The state will actively participate in different sectors of the economy. Infrastructure, transport, communications, energy, housing and utilities, social trade, pharmaceuticals, ecology - in these domains, the role of the state will be decisive. Nationalization of energy companies, owned by foreign companies - is a condition for ensuring energy security and reducing tariffs for the population.

Law and order must become sacred concepts of our society. As regards the fight against crime, the solution is to gradually eliminate the social causes of its origin - poverty, unemployment and educating the population in the spirit of law observance.

The aspect of returning to the death penalty for particularly dangerous criminals should be reviewed.

We are adamant regarding the unconditional preservation and consolidation of Moldovan statehood and its military neutrality. 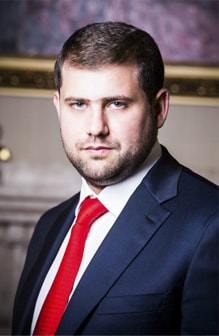 Address of the Chairman Ilan Shor