The anti-government protests, which began three months ago, have shown the true face of Maia Sandu's regime. The assessment was made by the chairman of the "SHOR" Party, Ilan Shor, at a press conference on Friday. He said he remains open to all opposition forces who want to join the protest movement and contribute to change the government.

"The provisional assessment of the protests is that we managed to show not only the citizens, but also the whole world that Moldova is ruled by a usurper, dictatorial regime. It showed its true face when it dispersed the protesters in the tent city. They showed their usurper face when they did not allow people to demonstrate in PMAN, a place that belongs to the people. They showed their face when they closed the Presidential gate and so on," reminded Ilan Shor.

He said that representatives of the other opposition forces are always welcome to help change the government if they really want to.

"I don't want to talk about other opposition forces. Time will show who and what can. My doors are always open to those who want to fight for the improvement of people's lives," Ilan Shor explained.

Asked about sociological polls, which show an increase of the "SHOR" Party, Ilan Shor answered that he never had much confidence in such research.

"It never showed the real results of the party, because they all work for Europeans. They only show what is convenient for the government. In no European country would the government stay if they admitted such a situation as in our country. Imagine if the Telegram conversations had appeared with the indications of the Minister of Justice. It would have long since been dismissed or put on trial. We have no European government, but a smokescreen behind which an authoritarian regime is hiding, as it was with Filat. People have convinced themselves that we are the only party that keeps its word", Ilan Shor noted.

Asked about the Gavrilita government's request to the Constitutional Court to ban the party, Ilan Shor described it as dictatorial.

"They probably thought we would get scared and run away, but we are not afraid and we are not going to give up. Today we are witnessing the convulsions of the government, which understands that it will have to flee and is desperately trying, by any means, to stay," Ilan Shor added. 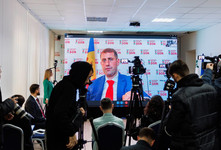 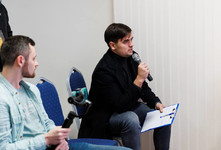 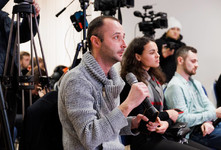 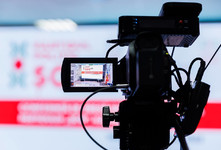