Shor: I have instructed American lawyers to join my legal case in Moldova and to demonstrate the significant violations of my basic legal rights in international courts

Ilan Shor has instructed a famous US law firm to represent him in the bank fraud case. Thus, the leader of the "SHOR" Party will be represented  by American lawyers Arif Hyder Ali and Roger Anson Burlingame of the well-known firm Dechert LLP.  The announcement was made by Shor in a video address on his Facebook page.

„My case will be handled by Roger Anson Burlingame, a former high ranking prosecutor for the U.S. Department of Justice and lead counsel in major investigations involving crimes related to fraud, manipulation and abuse in the financial markets. The team will also be joined by attorney and adjunct law professor Arif Hyder Ali, who has over 30 years of experience in international dispute settlement and has held positions at leading academic institutions, including Georgetown University Law Center. Arif Hyder Ali has also served as a senior lawyer in international organizations, including United the Nations Compensation Commission, a subsidiary organ of the United Nations Security Council”,  stated Ilan Shor.

Shor also stated that the law firm has already made submissions to Moldovan court, raising concerns about possible violations of Shor’s rights under the European Convention on Human Rights and other international treaties to which Moldova is a party.

The two top lawyers will be joining the current Moldovan legal team, led by Aureliu Colenco and Denis Calaida, who have so far represented Shor in court.

„The direct interference in my legal case by the Moldovan President Maia Sandu and her cabinet have been consistent since they were elected. Most recently Sandu directly and publicly instructed Moldovan judges to issue a conviction against me as soon as possible.

I have therefore instructed international lawyers to ensure that these obvious attempts to interfere with and control the judicial system are brought to light, and that those compromising the order of an independent Moldovan judicial system are held accountable.

As it is apparent that I will never receive a fair judicial hearing in Moldova - I have instructed Dechert to submit a review of this case, including on the grounds of significant judicial violations of my rights, to the relevant international courts.

I am ready to defend my innocence in international courts, where a fair and unbiased hearing can be guaranteed.

I want to caution those who have admitted to these violations and that continue carrying out political instructions, your actions will be held accountable by international legal reviews and judicial standards, added Shor. 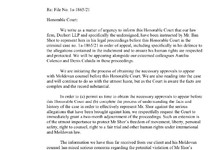 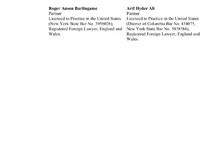