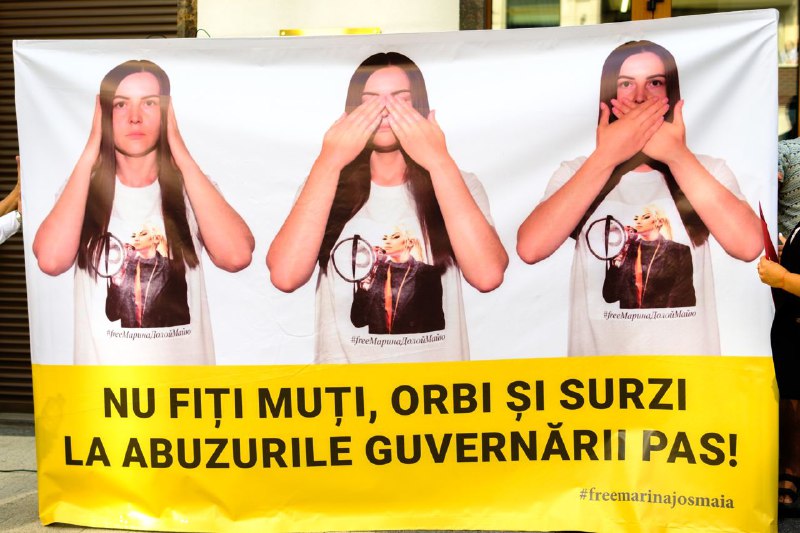 Protest organized by the "SHOR" Party and PCRM in front of the EU Delegation in Moldova: Don't be silent, blind and deaf to the abuses of the PAS government!

Hundreds of members and sympathisers of the "SHOR" party and PCRM organised a protest in front of the European Union Delegation in Moldova on Friday morning. The demonstrators chanted slogans in which they asked the representatives of Western diplomatic missions, who support the current government, to stop being blind, deaf and silent to the abuses of PAS power towards the opposition and the citizens of the Republic of Moldova. Some protesters had tape over their mouths to show that PAS is shutting up the opposition.

Your silence begets monsters! You promote democracy, but you support dictatorship! Your silence makes you accomplices! Free Marina, Down Maia! These are some of the slogans chanted in front of the EU Delegation in Moldova by people dissatisfied with the indifference of Western ambassadors to the pressure on the parliamentary opposition and the detention in Penitentiary No. 13 of the MP of the "SHOR" Party, one of the most important opposition leaders, Marina Tauber. According to the protesters, all these abuses are taking place at the direct indication of President Maia Sandu and the PAS government.

„The embassies of Western countries supported the PAS coming to power, but now, one year after this party has taken total power in Moldova, the same embassies pretend not to see the slippages, violations and dictatorial way of governing of PAS and Maia Sandu. In this context, I am addressing European officials and ambassadors accredited to Chisinau. Dear ambassadors, 27 years have passed since the Republic of Moldova was accredited to the Council of Europe and the European area. We know that you have always supported freedom of expression, equality and the principles of the rule of law. Over the last year, these principles are no longer observed and the social and political situation is becoming increasingly dramatic. The PAS government, which you support with declarations and financial assistance, is behaving unforgivably and aggressively, with a large dose of disrespect for people and human rights”, stated the PCRM MP, Diana Caraman.

Also, the PCRM elected representative drew the attention of representatives of diplomatic missions to the fact that the opposition is suppressed and mocked without any rights, political opponents are bombarded with criminal cases, and the most vocal opposition leaders are kept behind bars without any legal arguments.

„Today, the Prosecutor's Office has become the main repressive element of the PAS regime and Maia Sandu. Through docile prosecutors, bought and scared, in their turn, with criminal cases, the current government has begun an extensive process of purging inconvenient politicians. Under the pretext of the fight against corruption, political files are being opened on demand and, in the absence of a fair trial and in the absence of relevant evidence, politicians who oppose the regime are being put behind bars. The reason is simple and clear - the ruling party, PAS, which has absolute control over the law enforcement agencies, misuses them in order to annihilate the most vocal opposition force, which is steadily growing in the electorate's preferences and which penalises the power for its actions or inactions”, added Diana Caraman.

PCRM MP Diana Caraman also stated that discontent in society is growing, that large protest demonstrations are inevitable and may lead to a change of power.

„Your Excellency, Ambassadors, the democracy, the principles of the rule of law and the human rights for which we have fought for so long are in grave danger. Indifference or silence to all that is happening, to the violation of laws, to the censorship instituted in the media, is leading us towards a great disaster”, concluded the Communist MP Diana Caraman.

For his part, the adviser of the parliamentary faction of the "SHOR" Party, Iurie Cuznițov, sent a message in English to the representatives of the diplomatic missions.

„PAS no longer represents the citizens of the Republic of Moldova. According to the most recent surveys, PAS has lost half of the electorate that brought them to power. Moreover, 60% of Moldovans want early parliamentary and presidential elections as soon as possible. The voice of the people can no longer be ignored! The PAS government has generated, in a single year, a record number of crises, impoverished the population, caused the highest inflation in Europe, higher than in Russia or Ukraine, countries involved in war. They have made gas, electricity, water, petrol and diesel more expensive, and prices are the highest in Europe in relation to people's incomes. The only solution is resignation”, stated Iurie Cuznițov. 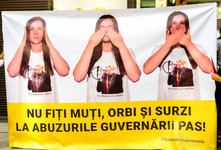 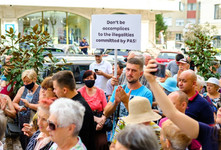 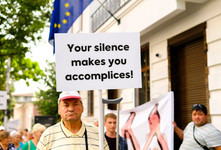 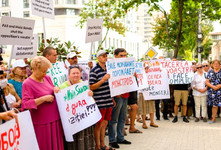 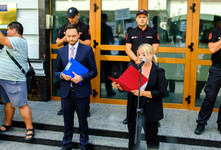 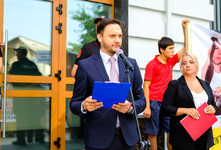 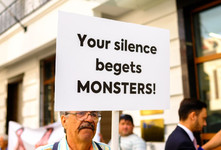 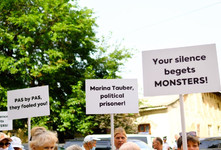 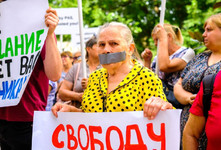 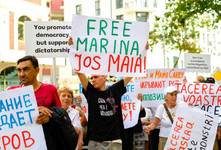 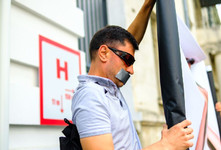 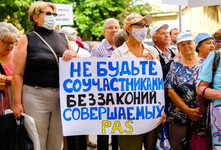 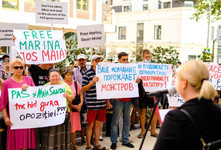 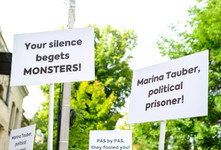 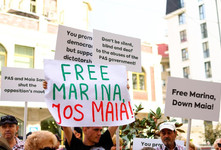 Shor: I have instructed American lawyers to join my legal case in Moldova and to demonstrate the significant violations of my basic legal rights in international courts
07/10/2022