Ilan Shor: We will be truly independent only when we are rich

The high prices in Moldova are not a consequence of the war in Ukraine, but of the incompetence of Maia Sandu's regime. This is what the chairman of the "SHOR" Party, Ilan Shor, is convinced of. He told in a press conference that the citizens of our country would have paid much less for energy resources today if the government had negotiated with the Russian side.

"We must not link the military conflict to the situation in the country. The price problem is the result of the government's failed negotiations with Russia. If the government had bothered to talk to Moscow, I am convinced that a compromise would have been found and the price the people are paying today would have been different. Blaming the conflict is cynical to say the least," Ilan Shor explained.

He gave as an example the results of his talks with Moscow officials to get fruit and vegetable exports to the Russian market resumed. "Today, 52 producers can export, but discussions and inspections are taking place with others. I am convinced that this will have a serious impact on improving the situation of farmers. But the main thing is that, under the conditions of negotiations with Russia, even tomorrow we can get a 1 leu tariff for gas and a 1 leu tariff for electricity. We can achieve this and ensure better conditions for citizens," Ilan Shor said.

He also said that he recently obtained the availability from one of the largest Russian retail chains - "Magnit", to buy fruits and vegetables from our country. "The best friend is the bank account. Our best friend is the total independence of the country, which can be achieved only by finding money. Only then, we will not have to negotiate freedom. Why freedom? Because that's what Sandu offered, when she didn't want to go to Moscow, in exchange for praise from the West. The 200 million offered by the Europeans will only save Maia Sandu, but not the people. Have we achieved energy independence, after paying more, as the West wanted? I don't think so", concluded Ilan Shor. 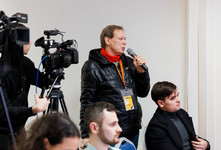 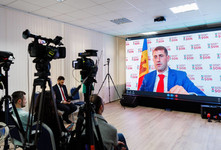 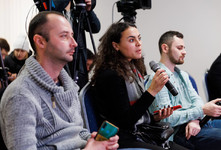 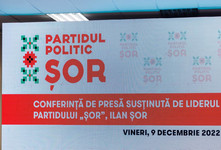