„The current government has condemned Moldovans to poverty and hunger, and starving and freezing people cannot be independent, because they can be easily handled and manipulated. This is not the fate I want for Moldovan citizens and for the Republic of Moldova. That is why I will do everything in my power to make our country truly prosperous and independent.” This is the message sent by the leader of the "SHOR" Party, Ilan Shor, on the occasion of the 31st anniversary of independence of the Republic of Moldova.

According to Ilan Shor, on Independence Day, people usually fly national flags on their houses and feel a deep sense of pride and gratitude for living in a sovereign and independent country. But, says Ilan Shor, in the case of the Republic of Moldova we have to think very carefully about how independent the country and its people are.

Ilan Shor added that the current government lied to all of us when it promised to be independent in decision-making. He refers in particular to the way in which the gas tariffs were negotiated, which are exaggeratedly high and which Moldovan citizens are forced to pay because of the incompetence of the ruling party. Therefore, Ilan Shor reiterates that he will directly address the Russian authorities and Gazprom, asking them to help Moldova so that gas tariffs will be lower and we will be able to achieve true independence.

„I am personally ready to go to Russia and take part in the negotiations on the delivery of gas to Moldova, under conditions that are advantageous for Moldovans, conditions that do not humiliate and destroy them. I want to address Russia with pride and dignity and propose a mutually beneficial contract. Some would say that this is not independence, but I will answer them this way: hungry and frozen people can never be independent, because they can be easily handled and manipulated. And I don't want our people to be manipulated”, stated Ilan Shor.

At the same time, the leader of the "SHOR" Party assured that he will do everything possible to make Moldova truly prosperous and independent.

„I don't want people, when they run out of firewood and manure fuel, to wrap themselves in flags. This is not the fate I want for Moldovan citizens and for the Republic of Moldova. I will do everything in my power to make our country truly prosperous and independent. Happy Anniversary, Republic of Moldova!”, is the message sent by Ilan Shor on Independence Day. 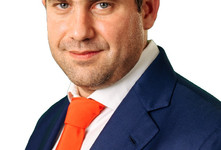